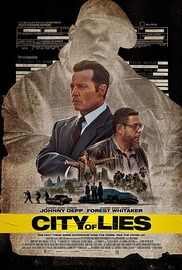 City of Lies is a 2018 crime thriller film about the investigations by the Los Angeles Police Department of the murders of rappers Tupac Shakur and The Notorious B.I.G..... Wikipedia